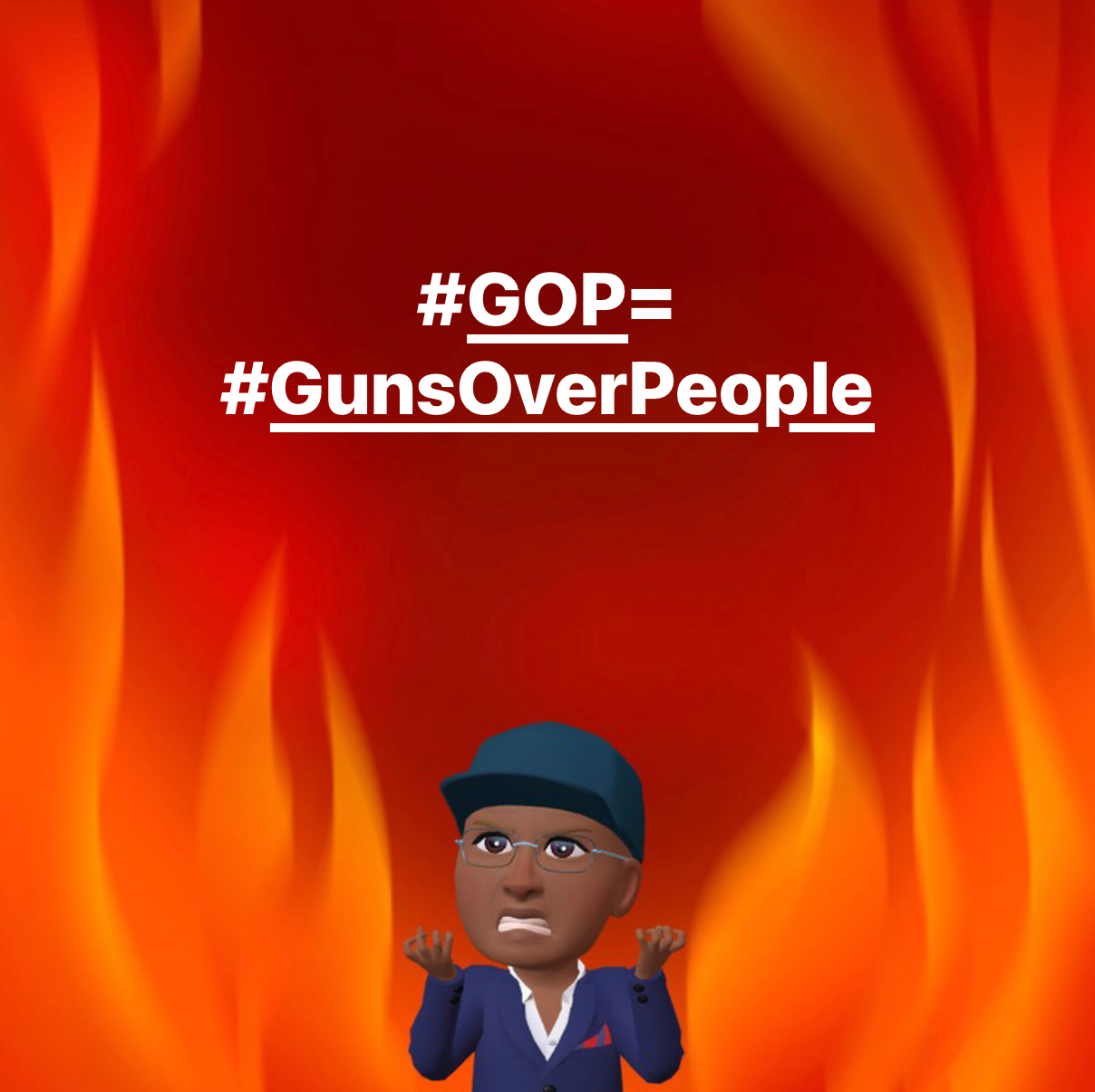 <rant>
I see a lot of posts that reference “people in power” who do nothing to stop this madness. I see complaints about the “do-nothing Senate.” I see a lot of people trying to stay safely in the middle.

Let’s just face the facts. 90 percent of Americans are in favor of some form of gun control, but 50 Republican Senators oppose even debating legislation. I’m so especially tired of “thoughts and prayers” when children, teachers, the elderly are massacred, gunned down with weapons Republicans refuse to control. Republicans want to comfort victims’ families after refusing to do anything to help keep their loved ones alive in the first place.

As with many things going in the wrong direction these days, this isn’t about both sides, or nameless context-free objects. We have one party that’s anti gun control, science, women’s rights, voting rights, democracy. One side. The GOP.

Who’s responsible for this mess? We are. Who’s accoutable? Definitely not Republicans.
</rant>